The business phone system market is saturated with jargon that makes simple phone service sound like some kind of alien technology.

One of the worst offenders is Session Initiation Protocol (SIP) trunking. While this obnoxious term sounds like it could be related to astrophysics, it’s really just a name for an internet-based replacement for traditional phone service.

The “SIP” part refers to the fact that the service makes use of the SIP protocol for real-time communications over the internet, which we explained in the first part of this guide.

We can’t blame the internet for overly technical jargon in this case. Phone companies have been baffling buyers with terms like “trunking” for over a hundred years:

While SIP trunking probably won’t bring rates back down to what they were in 1912, the potential savings are still pretty major.

In this guide, we’ll explain how SIP trunking works and how it can help your business slash your monthly phone service bills. Here’s what we’ll cover:

You’re probably more familiar with the term “business VoIP” than you are with SIP trunking. While VoIP is a much broader term, SIP trunking is a central part of how VoIP phone systems work.

The answer is nothing—unless the business has SIP trunking service.

SIP trunking is a service that connects internet-based VoIP systems with the phone network, thereby eliminating the need for traditional landline or digital phone services.

Since SIP is built on the internet protocol suite, rather than the communications interfaces used in the traditional phone network, SIP messages must be recoded in order to reach an endpoint on the phone network.

Moreover, telecommunications carriers charge per-minute rates to carry calls across the phone network, whereas they generally charge only a flat monthly fee for internet service. For these reasons, you need SIP trunking to make and receive phone calls with a VoIP system. 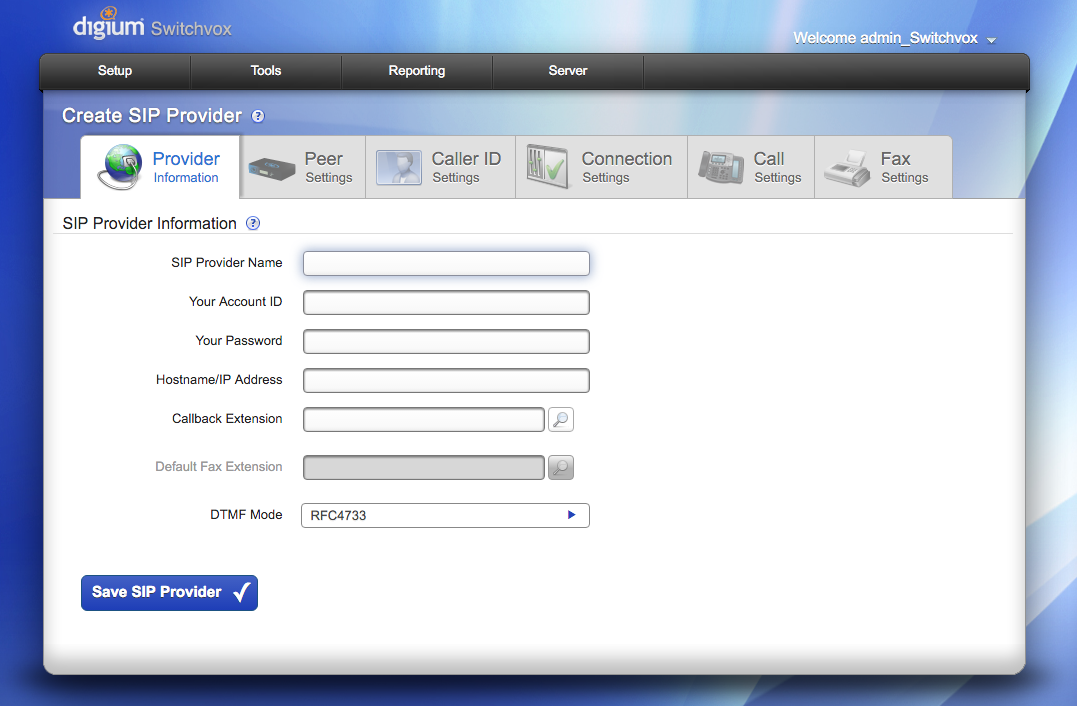 A SIP trunk isn’t a physical phone line, but rather a service provided by companies (known as SIP providers) over your internet connection.

Here’s how it works: You use broadband internet to connect your VoIP phone system to your SIP provider’s network. The provider can then connect calls to and from the traditional phone network with extensions on your phone system.

The diagram below shows a highly simplified overview of how a call between SIP endpoints differs from a call made over a SIP trunk: 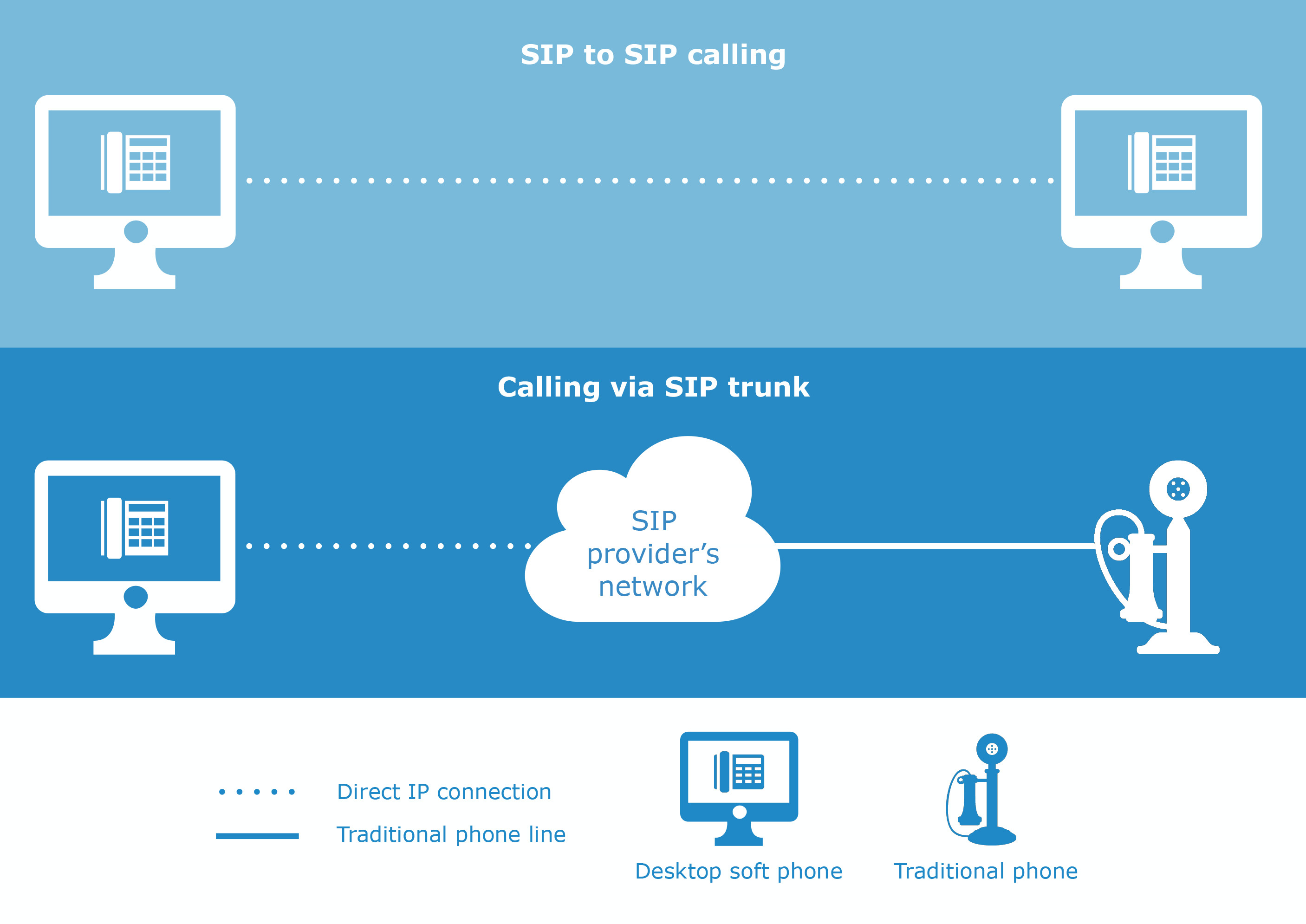 Unlike older digital voice services like Primary Rate Interface (PRI) service, SIP trunking thus doesn’t actually require you to pay for individual trunk lines. Instead of being priced according to a per-line basis, the service is priced according to the maximum number of calls that your business typically makes and takes at the same time.

What Are the Benefits of SIP Trunking?

The major reason to move to SIP trunking is savings. Gartner reports that SIP trunking offers savings of up to 50 percent when compared with traditional phone services. You can save with SIP trunking in the following ways:

Better rates, particularly for international calls. Gary Audin, president of the IT consultancy Delphi, Inc. and writer at the telecommunications industry news site No Jitter, observes that businesses can save as much as 75 percent on international calls with SIP trunking.

Flexible capacity. Traditional trunk lines have fixed capacities. On a PRI trunk, for instance, you have 23 channels that can be used for calls at the same time. If your business needs to handle 24 calls at once, you’ll need to order a whole new trunk—even if you only end up using one of its 23 channels some of the time. With a SIP trunk, your provider can increase or decrease the number of simultaneous calls you can handle almost in real-time, so you don’t pay for lines that you don’t fully use.

You can increase capacity for a promotional offer or product release or scale back capacity when seasonal demand wanes for certain products. Audin notes that in some cases, the provider can make adjustments to your capacity in less than 24 hours.

What Are the Next Steps?

SIP trunking does have a few issues you should be aware of, though you can usually avoid them with careful planning.

Audin explains that “the majority of problems with SIP trunking aren’t with the technology, but with misconfiguration.”

If you take the following measures to prepare for the move to SIP trunking, you should be able to achieve the benefits we’ve discussed with minimal hassle:

1. Make sure your internet connection has enough bandwidth.

Brian Ferguson, product marketing manager at Digium (a leading vendor of VoIP solutions such as Switchvox phone system and the open-source Asterisk system), cautions that “the number one thing a small business needs for a SIP trunking deployment to be successful is enough bandwidth.”

So how much bandwidth is enough to handle both voice and data traffic?

According to Ferguson, a typical voice call today consumes 80-100 Kbps of bandwidth if the audio data isn’t compressed by codecs. He explains that you can follow these steps to estimate the total bandwidth you’ll need to support SIP trunking:

• Multiply the total number of simultaneous calls your business makes and receives when you’re at peak call volume by 100. This will give you your total bandwidth for voice traffic.

• Add this number to the total amount of bandwidth your company already consumes when you’re at peak data usage to estimate how much bandwidth you’ll use for voice and data together.

2. Invest in a business-grade router.

Ferguson also recommends a business-grade router with a capability known as Quality of Service (QoS). This feature acts as “a traffic cop for your voice and data traffic. When a phone call is coming in, it knows that’s the number one priority, and gives slower speeds to everyone else who’s using YouTube and Facebook.”

The main reason to give bandwidth to voice calls rather than other online activities is to preserve audio quality and connectivity.

“It’s one thing to have a web page load slowly when you’re researching something,” Ferguson says. “It’s something very different when your customers are getting busy signals, or you’re getting latency and jitter in your line and things don’t sound good.”

3. Build a list of all the features and devices on your phone system that you want your provider to support.

Audin says this is a particularly crucial step, because “when you have a connection to a provider, SIP can set up the call, but SIP does not guarantee any of the features that go across that call.”

He adds that non-voice devices that use the phone network to transmit data, such as fax machines, don’t always work over SIP trunks due to the diversity of standards used in both phone networks and the internet itself.

The only solution to this complex issue, he continues, is to thoroughly inventory what’s connected to your phone system:

“In your RFI, you need to say: ‘these are the things that we want to connect over SIP trunks—can you handle them? Moreover, if there are caveats, please tell us before we sign up.’”

At the end of the day, some issues with SIP trunking can only be solved through trial and error. Thankfully, you can still look before you leap.

“Very few people do a trial of SIP trunking before they implement it. Most providers offer a 30-day free trial, though you do need to spend some money to set it up. Don’t just test the features, but the capacity—load it up to the maximum use you’re planning to have, because that’s when you start finding problems.”

You can start by reading the first part of our guide on the Session Initiation Protocol. We also have a detailed list of SIP providers and cloud-based phone systems with included SIP trunking service if you’re ready to begin shortlisting. Finally, we’ve surveyed IT managers about the SIP trunking capabilities they rely on, as well as the benefits and pitfalls of the service.

6. Call us for a free consultation about the solutions that fit your needs.

If you’re confused about where a SIP trunk ends and a phone system begins, you can avoid further research by calling one of our advisors at (855) 998-8505. We can provide pricing information to help you gauge the market and recommend vendors that fit your budget and your business needs, for free. 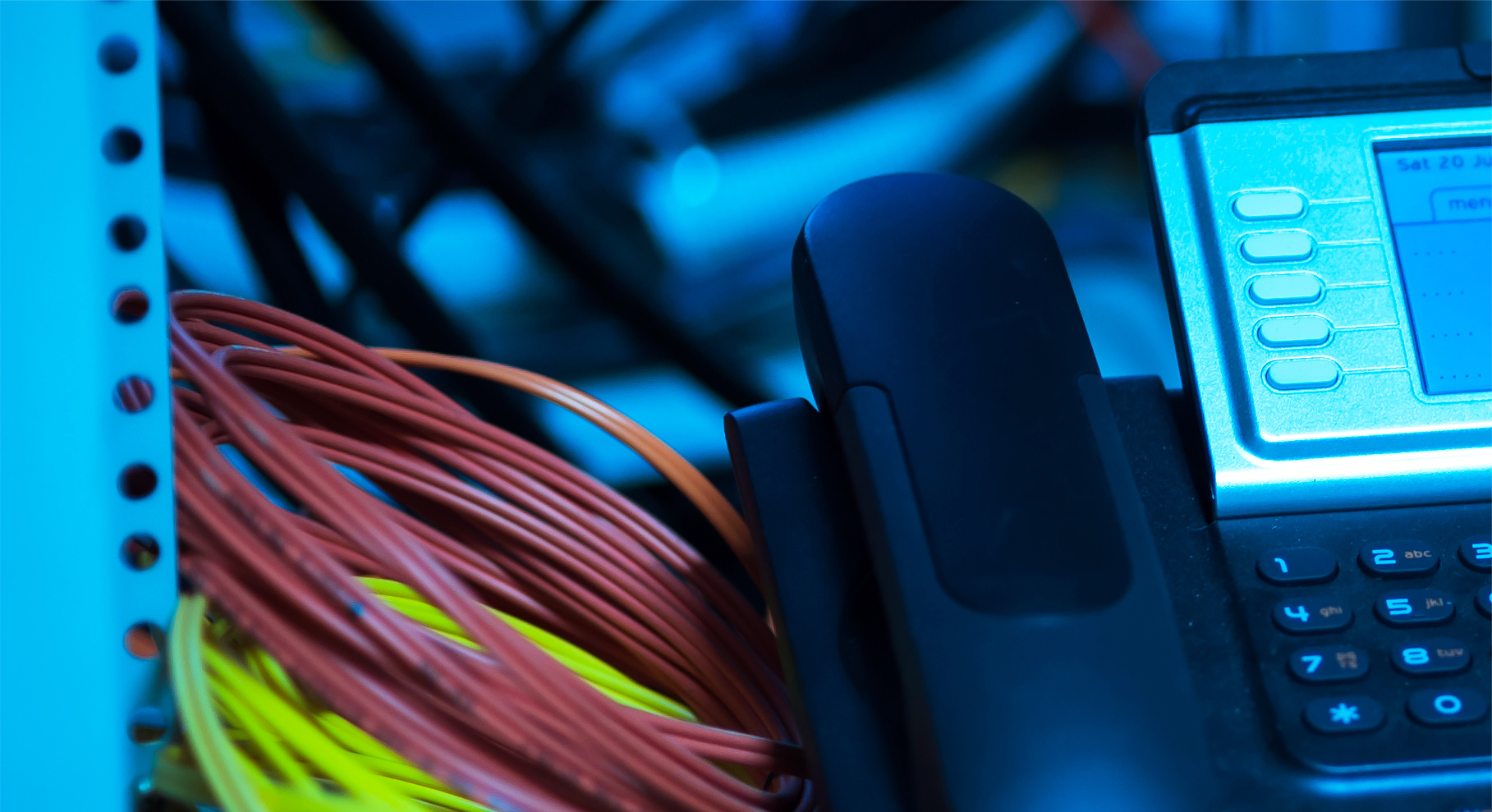